She is a professor of the English Language Department at the Catholic University of São Paulo, where she obtained her Master’s and Doctorate Degrees in Educational Psychology. Currently, she leads a research group, developing a project entitled "Living Drama: theory and praxis in English language teaching and learning contexts", and she runs regular blended learning workshops to drama groups' rehearsers at Faculdade Cultura Inglesa. Vera is also a member of The C Group and a lecturer in the Lato Sensu graduate programme Reflective Practice and the teaching-learning of English in state schools in São Paulo. Besides, she coordinates the Centre of Language Learning Studies at the Catholic University of São Paulo, Brazil. She has participated in the research group "Continued education for teachers of English: a context for the reconstruction of practice".

He holds a Ph.D. in Applied Linguistics and Language studies from Pontifical Catholic University of São Paulo with doctoral training at the University of Oxford in the Socio Cultural and Activity Theory Research Center (2015), a master of arts in Applied Linguistics (Language and Education) from the State University of Campinas – UNICAMP/Brazil and a bachelor's degree from the Pontifical Catholic University of São Paulo – PUC-SP (B. Ed. English & Portuguese). Currently, he is head of the Anglo-Germanic Languages Department at Federal University of Rio de Janeiro (UFRJ); and a leader researcher of the Center for Studies and Research at the Vygotsky School in Applied Linguistics (NUVYLA)/UFRJ The current research focus on social activism, linguistic mobility, social justice, autonomy, agency and teaching-learning, based on critical epistemologies, with an emphasis on socio-historical-cultural theory, as well as in critical theories, whose bases are grounded on dialectical historical materialism perspective.

She holds a MA degree in Theory and Comparative Literature from the University of São Paulo (USP), as well as a bachelor's degree from the Pontifical Catholic University of São Paulo – PUC-SP (English). Since 2010 I have been working as a Middle School Teacher of Performing Arts at a private bilingual school in São Paulo. I've also been training English teachers and being a non-formal arts teacher for teenagers. Besides teaching, I've worked as an actress and a playwright.

She holds an undergraduate degree in Law from São Paulo University (USP, 1987) and a Master’s degree in Music from Campinas University (Unicamp, 2004). She graduated in Translation – English/Portuguese at Pontifical Catholic University (PUC-SP, 2015). She has been an intern in the Musical Direction of Mountview Theatre School, in London, with sponsorship by the British Council. She has been the musical director of 12 musicals at Sociedade Brasileira de Cultura Inglesa. She has recorded 3 CDs with her own instrumental music, and a 4th one with Brazilian an Italian artists. She has been performing annually in Europe since 2006 and teaching Brazilian music in Italy She i salso a performer and play abroad every year as solo pianist and with collaboration with other artists.

He holds an undergraduate degree in Portuguese, English and Latin, a Master’s Degree in Applied Linguistics for Language Teaching from LAEL, a PhD in Education and Curriculum, a Postdoctoral Degree in Interdisciplinarity in Education, all of them were obtained from PUC-SP. He is also the creator, coordinator and presenter of the Thinking and Making Art Project, which is a program entirely dedicated to the repercussion, reverberation a dissemination of issues concerning Education, Art and Culture. In parallel to this, he has graduated in singing at the School of Singing Magdalena Lebeis and in History of Music founded by the critic José da Veiga Oliveira. He is the vice leader of GEPI - Group of Study and Research in Interdisciplinarity. He is a professor of English in The English Department of PUC-SP, where he has been teaching English Language, Teachers’ Education Courses, and Phonetics and Phonology of English.

'Storytelling and drama are at the core of my teaching because they are the most effective ways I know of language learners developing their listening and speaking skills and creativity. I am a freelance storyteller and teacher trainer and writer alongside my teaching at INTO the University of Exeter. Sharing and exploring oral stories from world cultures with adults, teenagers and children of all ages is my passion. It is my good fortune to run storytelling and drama workshops with teachers working around the world. In these ways, I learn wonderful stories by listening to them being told by students and teachers from everywhere.'

Débora holds undergraduate degrees in Portuguese and English (PUC/SP - 2013), in Education (FPSJ - 2015), and a graduate degree in Teaching English (UNESA - 2019).  She is currently a postgraduate student in the "School Management" MBA Program (USP). She has presented at some conferences, including BRAZ-TESOL and IATEFL. She has worked for over 10 years as an English teacher in language institutes and private regular schools. She is currently involved in projects in both private and public schools in São Paulo, Brazil.

MA in Applied Linguisitics (Pontifical Catholic University of São Paulo); professor in the Language/Literature Department at Faculdade São Bernardo do Campo. Teacher educator on graduate programmes at PUC -SP and Universidade Metodista de São Paulo up to 2019; online tutor on Teachers´Links (PUC -SP). Co-author of “Descobrindo a pronúncia do inglês” (WMF Martins Fontes, 2011). Presenter at national and international conferences. Her main research interests are Phonetics/Phonology and Teacher Education, on which she has contributed to specialised academic journals . 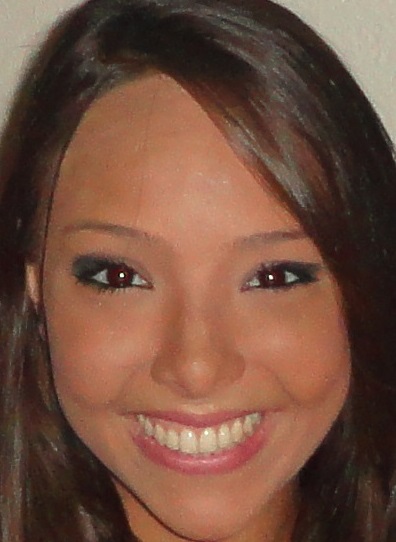 Marcelo Dalpino holds a full degree in English Language learning and teaching (2005) from PUC-SP and an MA (2016) in Organizational Learning at Mackenzie. He is the academic manager at Cultura Inglesa SP, SC & BA. His area of interest is learning and teaching, researching mainly the following topics: innovation in ELT, teacher development, discourse analysis and formal and informal learning strategies at the workplace. He is currently volunteering at the LAMSIG – BRAZTESOL and he is also a member of the research group "Organizational Learning and Discourse Analysis" (Mackenzie / CNPq).

A professor of the Department of Language Sciences and Philosophy, at the Pontifical Catholic University of São Paulo, Brazil,  Maria Fachin Soares obtained her Master´s and Doctorate degrees in Applied Linguistics and Language Studies at the same university. For many years, as a lecturer in the Lato Sensu graduate programme Reflective Practice and the teaching-learning of English in state schools in São Paulo, she participated in the research group "Continued education for teachers of English: a context for the reconstruction of practice". As an English teacher, her current interests lie on Creative Writing.

He holds undergraduate degrees in Law (1966) and Pedagogy (1973) from Universidade de Ribeirão Preto, an undergraduate degree in Psychology (1972) from USP (Universidade de São Paulo), a master’s degree in Communication Arts (1989) also from USP. His doctoral degree is in Social Science (2004) from PUC-SP (Pontifical Catholic University of São Paulo). Currently, he is an assistant professor (master) at PUC-SP, in the courses of Psychology, Administration and Communication. He is also the director of the course of Performing Arts at TUCA (Pontifical Catholic University Theater). He has experience in the areas of Psychology, with emphasis in Human Development, Performing Arts (theater, cinema, opera), Visual Arts (illustration) and Publicity. He has translated and directed classic plays and operas. He has attended a course on group encounters and interpersonal relations, given by Will C. Schultz, in London, and a course on Art of Movement (Laban), given by Lisa Ulmann, in London and São Paulo.

She has worked over 30 years as an English teacher in public schools and language schools such as Fisk, CNA, Wizard and Yázigi. She was part of the Reference Group of the Secretaria Municipal de Educação SP for the preparation of English language curriculum guidance books. She participated in the study group PUC - D, from the Course Reflexão Sobre a Ação – PUCSP. She worked in workshops for Sociedade Brasileira de Cultura Inglesa. She participated of CAPES program “Teaching English as a Foreign Language” at IOE, University of London. She has certificates of proficiency in English from Cambridge and Oxford, besides a specialization certificate from PUC-SP. She has been a member of the iEARN International Education and Resources Network. She participates in the "Teddy Bear Project" and in projects implemented at EMEF Pres. João Pinheiro. She integrates the research project Living Drama in the Classroom under the guidance of Profa. Dr. Vera Cabrera Duarte.